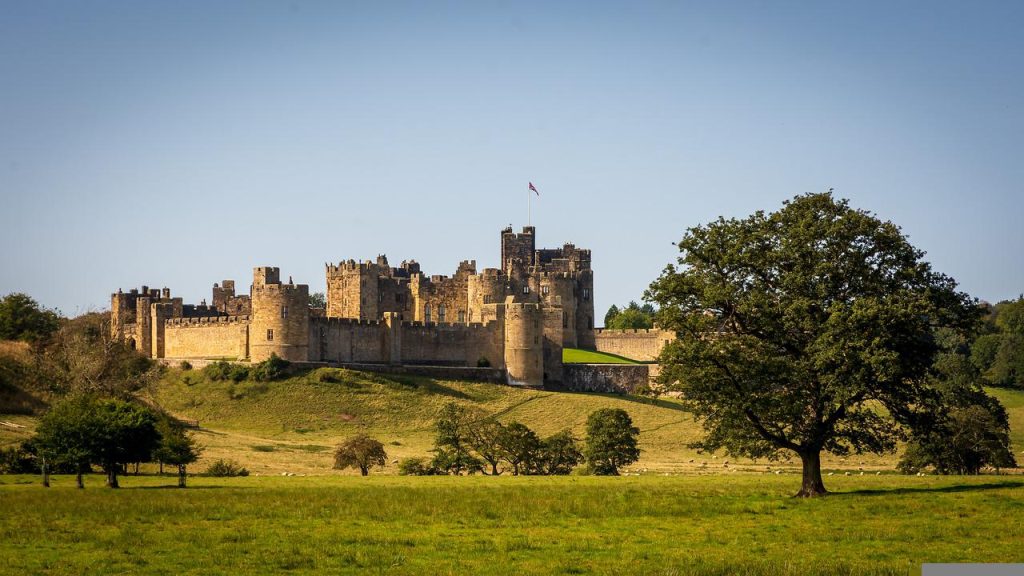 Are you in need of a break? Looking for a change of scenery but can’t afford a place to stay? Well, look no further; we got you covered. 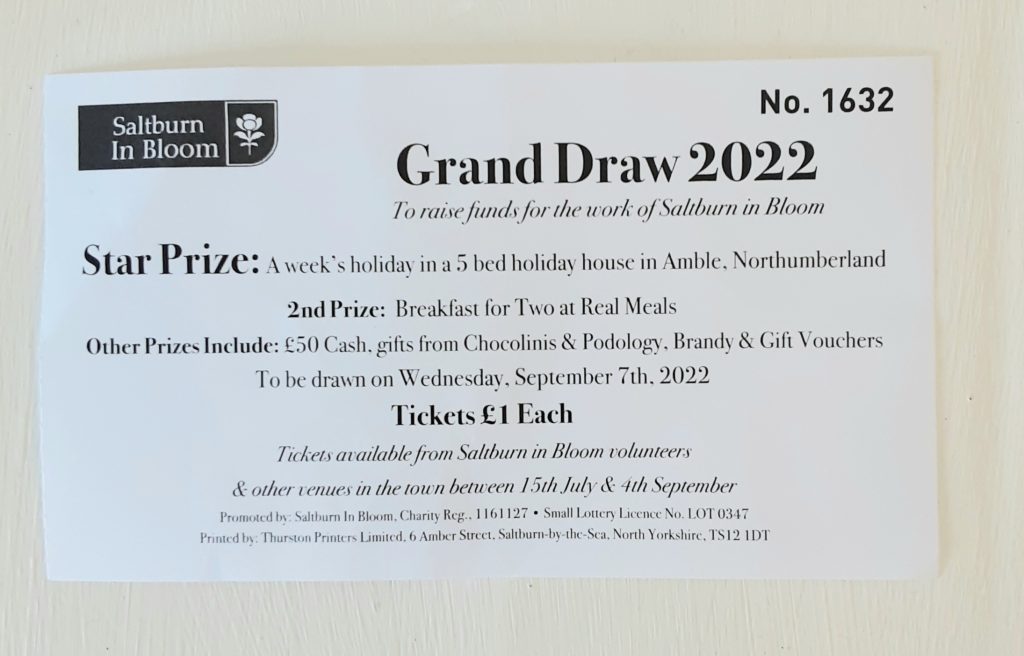 For as little as £1 per ticket, you can grab the chance for a week’s holiday in beautiful Amble in Northumberland. The best thing is, you can bring your dog, your neighbor, a friend or your grandmother because the accommodation sleeps five and pets are welcome too.

To support the ongoing work of Saltburn in Bloom Volunteers to make our little town as beautiful as it can be – your raffle ticket will make all the difference. Furthermore, there are also other prices to be won, which make this Grand Draw 2022 a real opportunity for a treat.

1. Prize – A week’s holiday in a five-bedroom house in Amble, Northumberland. ( fixed week in half term holidays in October 2022)

Winners will be contacted via phone. 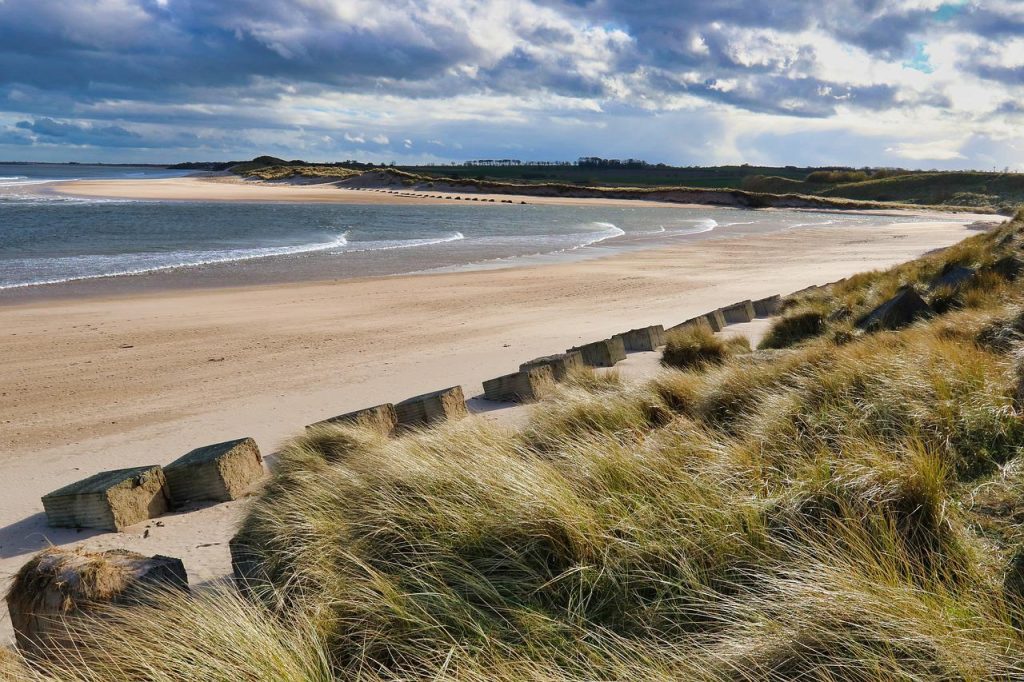 Where you can get your tickets:

“Northumberland is a county in Northern England, one of two counties in England which border with Scotland. Notable landmarks in the county include Alnwick Castle, Bamburgh Castle, Hadrian’s Wall, and Hexham Abbey.

It is bordered by land on three sides; by the Scottish Borders region to the north, County Durham and Tyne and Wear to the south, and Cumbria to the west. The fourth side is the North Sea, with a 103 kilometers (64mi) along its coastline to the east. A predominantly rural county with a moorland landscape and farmland, a large area is part of Northumberland National Park. The area has been the site of several historical battles with Scotland.

The land has long been an English frontier zone, currently bordered to the north by Scotland. Northumberland has a rich prehistory with many instances of rock art, hillforts such as Yeavering Bell, and stone circles such as the Goat stones and Duddo Five Stones. Most of the area was occupied by the Brythonic-Celtic Votadini people, with another large tribe, the Brigantes, to the south.

During the Roman occupation of Britain, most of the present county lay north of Hadrian’s Wall. Rome controlled it only for the brief period of its power extension north to the Antonine Wall. The Roman road Dere Street crosses the county from Corbridge over high moorland west of the Cheviot Hills to Melrose, Scottish Borders. As evidence of its border position through medieval times, Northumberland has more castles than any other county in England, including those at Alnwick, Bamburgh, Dunstanburgh, Newcastle, and Warkworth. 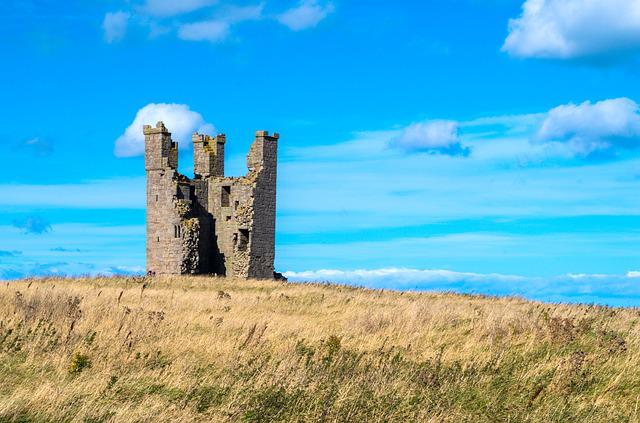 An early mention of Northumberland as norð hẏmbra land, “north of Humber land,” in the Anglo-Saxon Chronicle

Later, the region of present-day Northumberland formed the core of the Anglian kingdom of Bernicia (from about 547), which united with Deira (south of the River Tees) to form the kingdom of Northumbrian in the 7th century. The historical boundaries of Northumbria under King Edwin(reigned 616–633) stretched from the Humber in the south to the Forth in the north. After the battle of Necthansmere, its influence north of the Tweed began to decline as the Picts gradually reclaimed the land previously invaded by the Saxon kingdom. In 1018 its northern part, the region between the Tweed and the Forth (including Lothian that contains present-day Edinburgh), was ceded to the Kingdom of Scotland.

Northumberland is often called the “cradle of Christianity” in England because Christianity flourished on Lindisfarne—a tidal island north of Bamburgh, also called Holy Island—after King Oswald of Northumbria (reigned 634–642) invited monks from Iona to come to convert the English. A monastery at Lindisfarne was the center of production of the Lindisfarne Gospels (around 700). It became the home of St. Cuthbert (about 634–687, abbot from about 665), buried in Durham Cathedral.

Bamburgh is the historic capital of Northumberland, the royal castle from before the unification of the Kingdoms of England under the monarchs of the House of Wessex in the 10th century.

The Scottish royal family briefly held the Earldom of Northumberland by marriage between 1139–1157 and 1215–1217. Scotland relinquished all claims to the region as part of the Treaty of York (1237). The Earls of Northumberland once wielded significant power in English affairs because, as powerful and militaristic Manchester Lords, they had the task of protecting England from Scottish retaliation for English invasions.

Northumberland has a history of revolt and rebellion against the government, as seen in the Rising of the North (1569–1570) against Elizabeth I. These revolts were usually led by the Earls of Northumberland, the Percy family. Shakespeare makes one of the Percys, the dashing Harry Hotspur (1364–1403), the hero of his Henry IV, Part 1. The Percys were often aided in conflict by other powerful Northern families, such as the Nevilles and the Patchetts. The victorious Parliamentarians stripped the latter of all power and titles after the English Civil War of 1642–1651. After the Restoration of 1660, the county was a center for Roman Catholicism in England and a focus of Jacobite support. Northumberland was long a wild county, where outlaws and Border Reivers hid from the law. However, the frequent cross-border skirmishes and accompanying local lawlessness largely subsided after the Union of the Crowns of Scotland and England under King James I and VI in 1603.

Northumberland played a vital role in the Industrial Revolution from the 18th century on. Many coal mines operated in Northumberland until the widespread closures in the 1970s and 1980s. Collieries worked at Ashington, Bedlington, Blyth, Choppington, Netherton, Ellington, and Pegswood. The region’s coalfields fuelled industrial expansion in other areas of Britain. The need to transport the coal from the collieries to the Tyne led to the development of the first railways. Shipbuilding and armaments manufacturing were other important industries before the deindustrialization of the 1980s.

Northumberland remains largely rural and is the least denselyopulated county in England. In recent years the county has had considerable growth in tourism. Visitors are attracted both to its scenic beauty and its historical sites.” – Wikipedia 2022 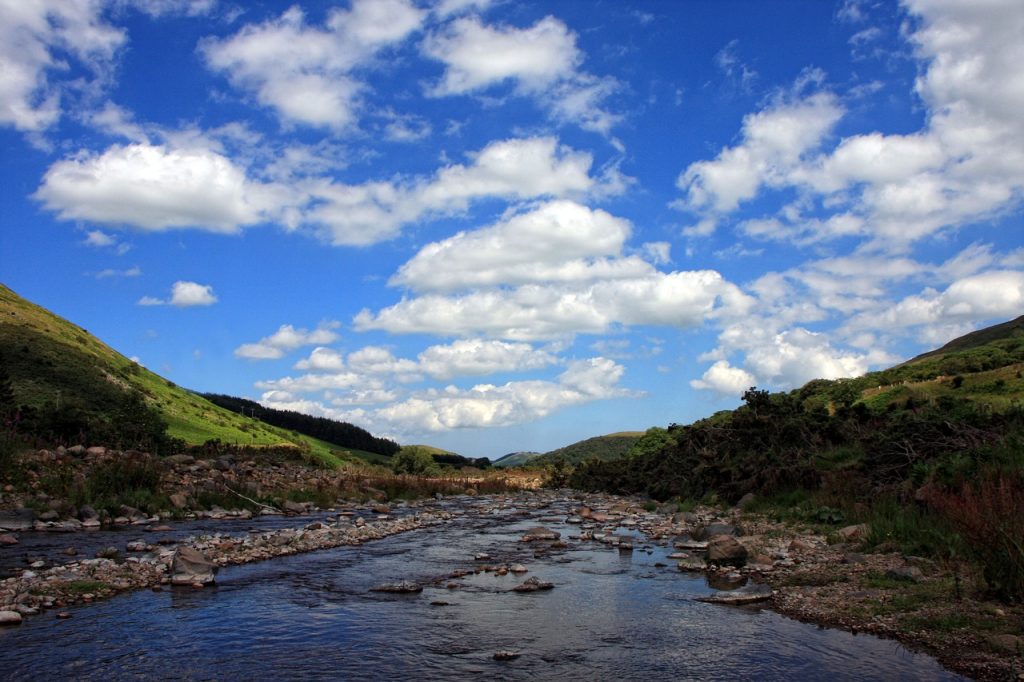 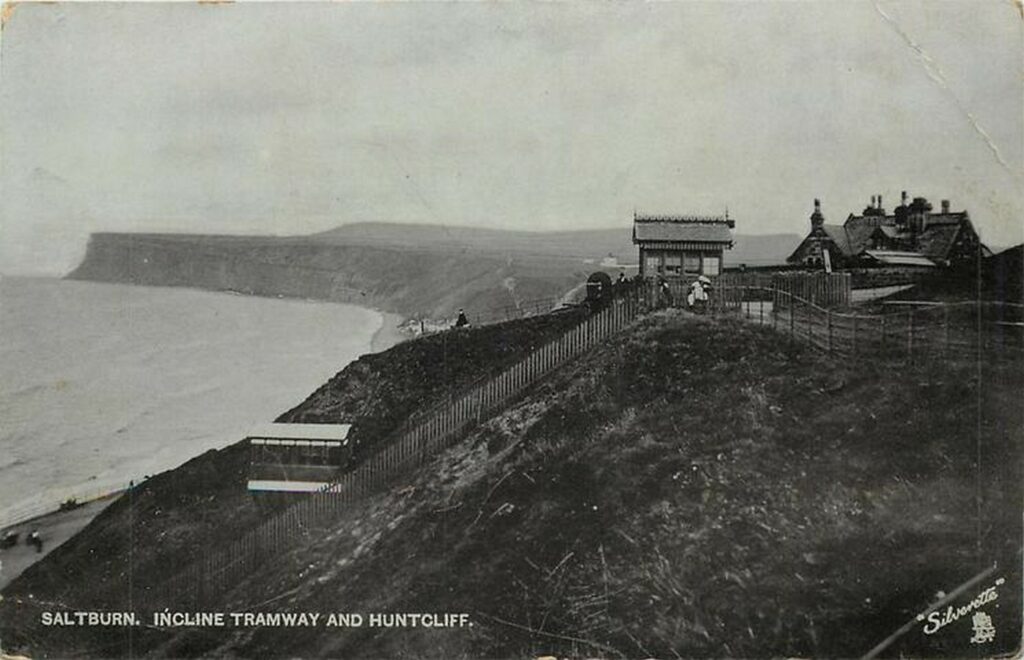 Saltburn by the Sea